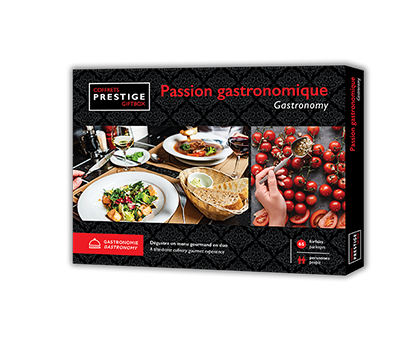 
See directions
This package is available in the box Gastronomy .

Like Obelix, Yannick Tardy fell into the cooking pot when he was a child. His father, a top chef from Marseille, taught him the rudiments of taste before he even had teeth! For him, catering is not just a passion: it is literally part of his DNA. He was lucky enough to have a father who was a chef, a real chef, a restaurateur, a man so small and delicate but so big at the same time who bequeathed to him an unparalleled know-how, almost impeccable knowledge and an incredible rigor. And his mother in all this? It's simple, she is his biggest ''fan''! She is still impressed by each bite of food prepared by her son.

At the end of the day, that's what Mista is all about. It's a family story. It's also the story of a little guy who cherished the dream of doing what Dad did! With tenacity and hard work he succeeded.

It was in 2003 that he opened Mista after studying cooking in Longueuil and accompanying his father in a multitude of Italian restaurants in the greater Montreal area.