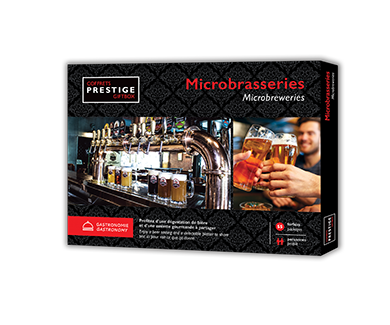 Located in Asbestos in the Eastern Townships a city where asbestos was King's, the Microbrewery and the Pub le Moulin 7 welcome, for more than a year, residents and visitors to the area to taste their products in a mine inspired decor where the majority of elements are remnants of the Jeffrey Mine. The Moulin 7 promoters are offering tasty beers, brewed according to the standards of the beer industry and among these the Intermediaire, an American Kölsch with a soft bitterness and La Gourmande, an Irish Red Ale with nutty notes and caramel. Le Moulin 7 also propose invited beers from the Microbrasserie Pit Caribou, Le Prospecteur, l’Hermite, Boquébière and the Microbrewery Coaticook. La Microbrasserie Moulin 7 aims to be a place where you can explore new flavors in the world of beer, new experiences in an environment influenced by mining roots. Let us remember the past and toast to our future!