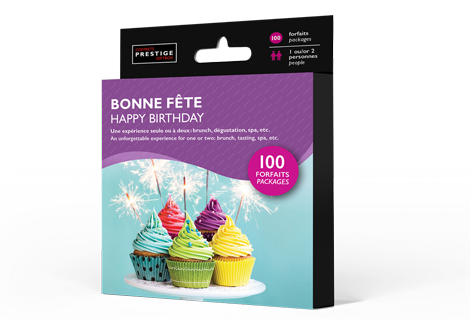 
See directions
This package is available in the box Happy Birthday.

The Microbrasserie du Lièvre, located in Mont-Laurier in the beautiful Laurentian region, was founded by the Sabourin family. The idea behind his new project was to add a tourist attraction to the complexe hôtelier du montel Le Riverain. We now have artisal and industrial permits in order to sell our beer onsite, in grocery stores and gas stations all around Quebec.

On January 18th 2013, the microbrewy du Lièvre was destroyed by a fire. The reconstruction was soon underway and production started up again in the new building. At the end of 2019, the Filion family bought the company. It is with great pride that 20 different beers of the Classique and Seasonal line are brewed and a gourmet menu, inspired by the seasons, are waiting to be discovered.